FREE Tool Do the Location Work for You as You Search on Ancestry.com or FamilySearch.org

Here is something you might have missed. From Dick Eastman's newsletter and for Chrome users.


The prolific Randy Majors has released still another software tool that will aid genealogists as they research online. Here is his announcement:
U.S. county boundaries have changed over 17,600 times since America was settled in colonial times. Don’t sabotage your search for ancestors by not knowing the correct county for the historical years you are researching.
While searching on Ancestry or FamilySearch, the free Historical U.S. Counties Auto-Checker extension for Google Chrome automatically checks that the county existed in the year you are searching, warns of boundary changes, and links to historical county lines on Google Maps for the place and years you are searching!

Install for free today and never let an ancestor fall of the map again!
For a step-by-step example of how the tool works, check out this post:  Ancestor fall off the map? Use this FREE Chrome extension for Ancestry or FamilySearch to find them!
Note, this is the first version of this tool, so if you find any bugs or issues, please contact me on the form on the lower left side of this page.  And if you find it useful, please leave a rating or review on the chrome web store.

Announcing the 1950 Census Project for the Morse One-Step Site

Article below courtesy of Dick Eastman. The 1950 Federal Census will be released on April 1, 2022 (72 year rule). We are a little under 2 years now from its release.

Joel Weintraub has announced a major new addition that he created for Stephen Morse’s One-Step Webpages site: the 1950 Census Project includes 230,000 plus 1950 Enumeration Districts’ definitions transcribed and searchable, an additional 79,000 small urban/rural names added to the definitions, and over 2,400 city street indexes for most cities over 5,000 in population.

The work was performed by was done with Steve Morse, Joel Weintraub, and under 80 volunteers. All of this is online at https://stevemorse.org/ right now.

THE 1950 CENSUS FORM ASKED WHERE RESPONDENTS WERE BORN AND WHETHER THEY WERE NATURALIZED.

On June 18, 2020, the Georgia House of Representatives passed SB 372 by a vote of 157 to 2. In March, the bill passed the Senate by a vote of 52-0. Despite letters from the genealogical community to House Committee and leadership the Georgia Legislature seemed unwavering in their determination to enact a provision in their public health and modernization bill with the NAPHSIS advocated embargo periods. The bill changes the birth records embargo from 100 years to 125 years and death, marriage and divorce records from 75 years to 100 years.
To read the bill see: http://www.legis.ga.gov/Legislation/20192020/192099.pdf. See: Section 5 line 140
The governor only has a line-item veto on budget issues: “The authority of Georgia’s governor to veto specific line item expenditures in appropriation acts while approving the remainder of the act. An item veto can only be used for appropriations and is overridden in the same manner as an ordinary veto.”
http://www.legis.ga.gov/Joint/LegCounsel/Documents/Legislative_Terms_associated_with_GA_General_Assembly.pdf
Another state with absolute ignorance of genealogy research. So moving birth records to 125 years gets you what in the way of identity thief security? Oh yea, nothing. ditto on death, marriage and divorce records now out to 100 years. Almost as stupid as the Oklahoma legislature passing a law saying the only person that could request a death certificate was, wait for it, the deceased. Politicians have to be the dumbest and most corrupt group of people on the planet.
Posted by Larry at 7/03/2020 09:07:00 AM


Here is a brief quote from a new article by Julie Watts and published on Sacramento’s CBS13 web site:
“It’s estimated that more than 150 violent cold case suspects have been identified using genetic genealogy since the arrest of the Golden State Killer.
“The technology wasn’t new, but the Sacramento case opened the door for genealogy crime-fighting nationwide.”
The article then goes on to provide various details as well as some quotes from Parabon’s Chief Genetic Genealogist, Cece Moore. You can read more at: https://cbsloc.al/31u4w16.
BTW. I really do like CeCe Moore's new show on ABC The Genetic Detective Tuesday nights at 10 PM EDT. It is well done and shows the power of DNA in all forms of genealogy research. If you haven't tested your DNA and those of your relatives, you are really missing the boat. 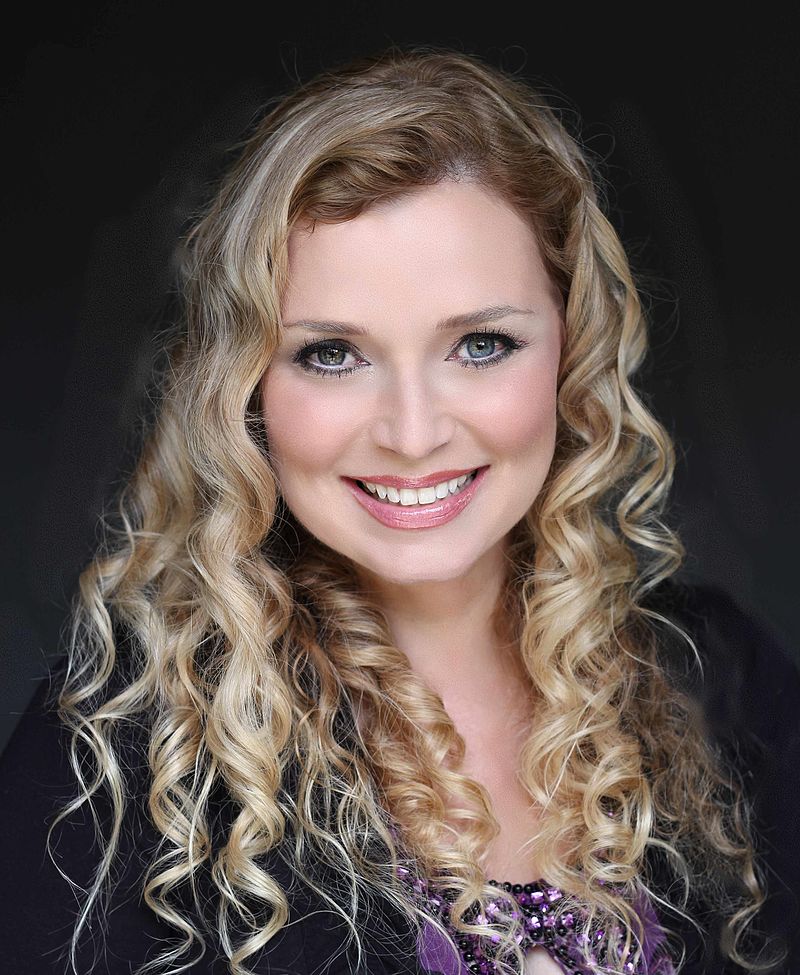 I Have My Family Tree Back to Adam and Eve”

I can't resist posting this. Those of you who have taken my classes in the past know how I feel about these claims. Don't take my word for it. Here is the word from some scholars who have examined the various claimed trees. Thanks to Dick Eastman and his column at https://blog.eogn.com/2020/07/01/i-have-my-family-tree-back-to-adam-and-eve/
Dick Eastman · July 1, 2020 · Genealogy Basics · 15 Comments

This is another bit of fiction that needs to be wiped out. I have often heard people (I won’t call them “genealogists”) at various times make the claim they have traced their family tree back to Adam and Eve. Of course, the “documentation” is always sketchy.
Robert C. Gunderson was a Senior Royalty Research Specialist, of the Church Genealogical Department, at the Church of Jesus Christ of Latter-day Saints (the Mormons). He was an expert in medieval genealogy and started the Royalty Identification Unit in 1972. He passed away in 2003. However, before his death, Gunderson once was asked if such research was possible. He replied:
“The simplest answer is No. Let me explain. In thirty-five years of genealogical research, I have yet to see a pedigree back to Adam that can be documented. By assignment, I have reviewed hundreds of pedigrees over the years. I have not found one where each connection on the pedigree can be justified by evidence from contemporary documents. In my opinion it is not even possible to verify historically a connected European pedigree earlier than the time of the Merovingian Kings (c. a.d. 450–a.d. 752).
“Every pedigree I have seen which attempts to bridge the gap between that time and the biblical pedigree appears to be based on questionable tradition, or at worst, plain fabrication. Generally these pedigrees offer no evidence as to the origin of the information, or they cite a vague source.”
François Weil, a former director of studies (professor) at the Ecole des Hautes Etudes en sciences sociales (EHESS) in Paris and currently a State Councilor, is another expert in medieval pedigrees who agrees. Weil provides authoritative answers to these questions in his book Family Trees: A History of Genealogy in America (2013) published by Harvard University Press.
Both Gunderson and Weil agreed: European royal pedigrees cannot be verified before the 500s A.D.
To learn more, read:

DAR to now allow all 3 DNA to be used in the App Process.

This is very interesting news if you are a member or want to be a member of the Daughters of the American Revolution (DAR). At this point, I do not have any more specifics to share other than what Katherine Borges (an ISOGG Admin) posted to the ISOGG FB newsgroup. If this is true, So they will now allow the trifecta of DNA testing (YDNA, Autosomal DNA (atDNA), and Mitochondrial (mtDNA) to be part of the DAR application process. Sorry, I don't have any additional details but I will be looking into this. it looks like I may be a bit busy wearing my genetic genealogy hat in the coming months. This is if this virus relents enough to let me go on the road or in my Tri-County Community College genetic genealogy classes.

Here is that post
Katherine Borges is at DAR Continental Congress.
Admin · Washington D.C.
DISCLAIMER: While I’ve been a DAR member for 20 years this year, I do not speak on behalf of the DAR, represent it, or am involved with their policymaking. I’m just a past chapter regent who is enjoying DAR’s online Continental Congress.
BIG NEWS FROM DAR: As you may have heard or seen posted on Facebook, DAR announced at the Federation of Genealogical Societies (FGS) conference last August 2019 that they would be expanding their DNA policy to include autosomal DNA, and now they’ve included mitochondrial DNA as well! Quite emphatic (and rightly so IMHO) that it’s just another tool to prove lineage and needs to be used with other source docs. If you have questions about this, please direct them to DAR (preferably after Congress I’d imagine!) And if you are a DAR member, be sure to watch the DAR’s DNA presentation that’s in today’s CC agenda.
I also quite like this new emblem! I have quite a few DNA projects at Family Tree DNA with applicable patriot lines. I’d also like to see this on WikiTree.

How to determine cousin relationships the easy way

For the readers of my Family Your Roots newspaper genealogy column, here are two cousin relationship charts that may help you visualize what I described in my column.